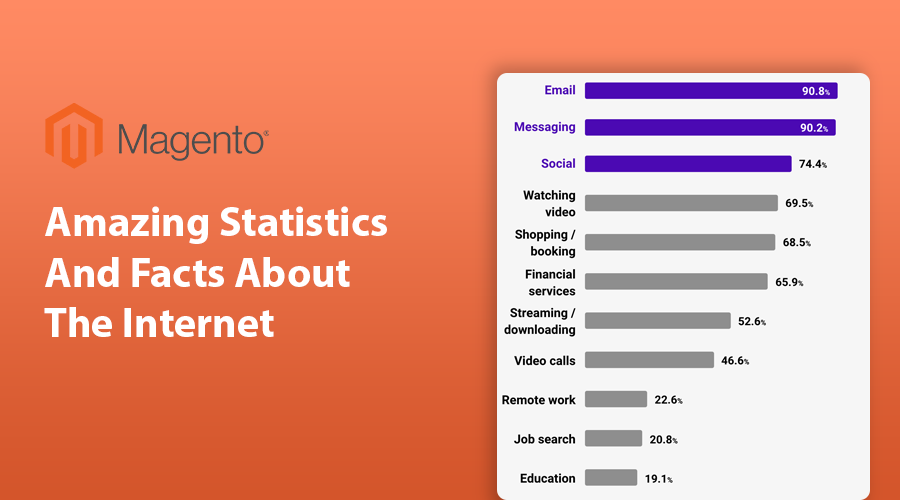 The digital landscape is evolving continuously. With many interesting statistics and facts about the internet still unearthed, the internet can be used in many ways than one can imagine.

The internet is a fascinating and phenomenal creation and probably the most marvelous modern marvel. The internet was originally a military-funded experiment back in the 1960s that sought to connect computers to one another.

Born out of the need to connect, join forces, share data, and learn all that data, the internet has taken root in humanity. Today, billions of users share their thoughts, feelings, and resources with the online world. It is hard to imagine life without it for all generations.

With internet users continuing to grow at an annual rate of more than 4 percent, the current market trends suggest that two-thirds of the world’s population will be online by the middle of 2023.

I. General Statistics and Facts about the Internet

The next step in the evolution of human knowledge is the internet. A modern-day library, the internet houses far more information. It is widespread across the globe and is one of the most iconic technological achievements. While there are many continents that are entirely covered by the internet, some countries do not have them. Below, we have listed some popular general stats about the internet.

One of the most important activities on the internet, the number of social media users is increasing significantly. People spend a lot of their time on social media mingling with others. We have compiled some interesting statistics and perspectives on social media.

III. Additional Notable Statistics and Facts about the internet

Aside from all of the noteworthy facts about the internet, there are many more fun facts and statistics on a broader range of topics.

The internet is free, wild, and ever-expanding. This makes it full of surprises, interesting details, and fun facts. While getting to know the internet across the globe is an extensive journey, it is definitely one that ultimately pays off. While there is much more to the internet than just hosting, security, and advertisement, in this section, we have listed some of the more interesting statistics and facts about the internet.

The world of the internet is massive. And the above-mentioned are just a tiny fraction of the wonderful stats and facts available on the internet. We hope the internet statistics will help you gain a better perspective of the digital landscape. If you are in search of in-depth insights about other interesting statistics and facts about the internet, you can check out this infographic article. The infographic can also be downloaded for free and used as a reference. So, make the most of it!